Eileen Hourigan, who has died aged 93, was a nurse whose life-long vocation included an episode during the second World War during which she displayed great bravery and devotion to the welfare of others.

Serving on a hospital ship that was torpedoed, Hourigan stayed on board saving patients as the vessel sank. As it upended and slid beneath the waves, she was one of the last to make for safety – which she did by sliding down the deck as the ship went under. For this, she received the MBE (Military).

Sr Hourigan was born Ellen Teresa Hourigan in 1916. Her parents were John and Margaret Hourigan of Ballingarry, west Limerick. John Hourigan was a well-known cattle dealer in Limerick and Clare.

Eileen was the second youngest and the last survivor of nine children. Her younger sister, Agnes Purcell, was better known for her major contribution to the development of Cumann Camogaíochta na nGael throughout Ireland; she served as association president in the late 1970s. One of her brothers, Jack, was ordained a priest in 1941 and served as a missionary in Nigeria before returning to Ireland to serve the Holy Ghost Order in many different roles for nearly 50 years.

Eileen trained as a nurse and joined the staff of the Meath Hospital, where she progressed to ward sister. In the early 1940s she moved to wartime Britain for specialised training there. Along with other Irish nurses, she was caught up in the fervour of the moment.

Her story is a reminder of how the horrors of war can sometimes prompt ordinary people to do extraordinary things, and highlights the role played by Irishwomen in the second World War. She joined the Queen Alexandra’s Imperial Military Nursing Service Reserve at Lincoln College, Oxford, in December 1943.

She served in the military hospital in Aldershot before, shortly after D-Day on June 6th, l944, being transferred to the hospital ship Amsterdam. The Amsterdam’smission was to collect wounded from France and bring them to Southampton. 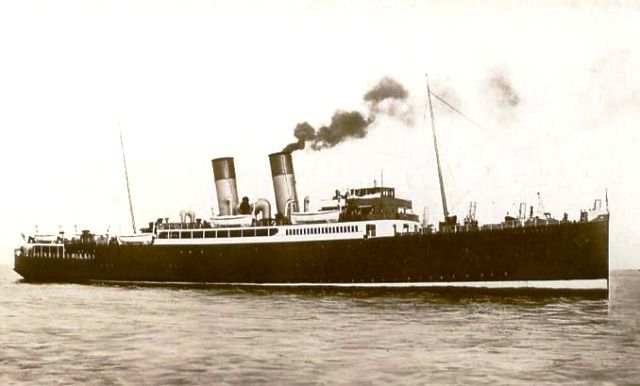 In an unpublished memoir, she recalled the ship’s final journey. “Everything went well until August 7th, 1944. We were torpedoed at 6am in the English Channel. I was stunned – something hit me on the head when we crashed. I opened my cabin door. The channel was very calm that morning. Some of the doors were jammed. The smell of sulphur was overpowering. There was no one on the corridor. The silence was frightening . . .”

She played a leading role in saving patients as the ship began to sink. Her citation in the 1944 honours list states: “The MBE (Military) has been awarded to Sister Ellen Teresa Hourigan (305020) Queen Alexandra’s Imperial Military Nursing Service Reserve, of Ballingarry, Co Limerick. This nursing officer displayed much courage and a high sense of responsibility for the safety of her patients, when HM Hospital Carrier Amsterdamwas sunk by enemy action off the coast of Normandy on August 7th, 1944.

“Sr Hourigan was aware that, in emergency stations, she was the Officer-in-Charge of No 4 water ambulance. Nevertheless she continued to help her patients to escape to the promenade deck from B deck, of which she was jointly in charge. By her calm example, as well as by helping the more severely wounded patients, who were trying to climb the stairs, she reduced the possibility of panic.

“Sr Hourigan did not leave the ship until after it had capsized, when she escaped by sliding down the almost horizontal starboard side just before the ship sank.”

In her memoir, she recalled that after she got into a lifeboat “we started collecting the people from the water – a number of people were injured, and some had burns. In no time the lifeboat was full – it was agonising to look at all these people clamouring to get on the boat.”

She was given three weeks’ leave and, along with two other Irish nurses who were on the Amsterdam, she returned to Ireland. “For a long time I could not forget the agony of all those people in the water. I felt guilty that I was saved. My attitude to life changed. It was a carefree life before the 7th August, 1944. It was [now] difficult to sleep.”

She continued in the nursing service, including stints in India, where she was among medical staff who treated freed prisoners of the notorious Changi Prison in Singapore, and Stanley Prison in Hong Kong. “They were admitted into the wards and made as comfortable as possible – my heart went out to them, they were so thin and pale,” she recalled.

Despite being asked to stay on in the regular nursing service, she returned to Ireland where she spent the rest of her career in a number of hospitals in Limerick and Dublin. Her final positions before her retirement were in the Rotunda in Parnell Square, St Mary’s in the Phoenix Park and Baltinglass Hospital.

Her nephew John Purcell said that when she returned after the war, “like many other heroes and heroines before her, she slipped quietly back into the career she had left before joining the war effort. She never talked to us about her war experiences and we hardly knew of her being decorated for bravery. This may have been partly in deference to the feelings of relations with strong republican traditions, and partly due to her own innate modesty.

“In fact the younger generations of the extended Hourigan family only gained an insight into the magnitude of her bravery in the war in the course of a special visit to Eileen in The Queen of Peace Centre Nursing Home in Rathgar, Dublin, by a delegation from the British Legion in 2004.”