I met the man twice at events organised by the Gorbachev Foundation. He was brief but not abrupt. Polite but not engaging. The last time was at a small gathering of the Gorbachev Fund in November 2019, when former Cold War-riors Christian Wulff and Lech Walesa were in town to commemorate the 30th anniversary of the fall of the Berlin Wall.

I met the man twice at events organised by the Gorbachev Foundation. He was brief but not abrupt. Polite but not engaging. The last time was at a small gathering of the Gorbachev Fund in November 2019, when former Cold War-riors Christian Wulff and Lech Walesa were in town to commemorate the 30th anniversary of the fall of the Berlin Wall.

The 1st time was over a decade earlier and I didn’t know it was him until we’d shaken hands and he’d moved on. When I, excitedly, told colleagues who I’d met at the function, I was greeted with scowls. I thought it was because I’d missed the morning off work, not so. A fellow Southerner, Evgeni, who was born in Krasnogvardeiskoye and graduated from the same school as Gorbachev, despised him. That evening as we walked to the metro he unloaded and the key complaint he almost spat:

He was an idealist, incompetent idealist who let that drunk Yeltsin in. And that fool let Putin in. And then Gorbachev makes his money with Americans, selling himself like a cheap whore eating McDonalds.

It wasn’t McDonalds but Pizza Hut that the ex-USSR boss shilled for. But with a back drop (later in 1998) with people dying of hunger in Russia and pensioners losing their savings, it looked bad. In Germany that year I gave the 250 Deutschemark (c. $130) fee I received for a boxing match to 3 Russian students stranded in Marburg. All of them were on a government scholarships from Moscow State University (MSU) to study in Germany for a semester. They’d arrived in early August for a field school and by October they were penniless. MSU stopped sending money and the 3 young students were living off the goodness of their German hosts. One of them was in a group I tutoring and when she told me about their hardship, the money I got from my Saturday night outing seemed a drop in the ocean when I handed it to the Monday lunchtime.

What was odd about the Pizza Hut commercial was that it was shown at half-time in the New Year’s Day Rose Bowl and never aired in Russia, yet everyone knew about it. Gorbachev stated he did it for the money, to help his Fund. He later said he lost his savings in August that year and it is true that he suffered the same as others. One of the executives involved in the Fund told me 3 years ago that he never soght riches. She would say that though. However many who knew him well and worked with him, for example in the International University in Moscow, praised his vision and ability to connect and his generosity. Though connecting with Russians seemed beyond him.

Outside of Russia and former Soviet States, the legacy of Mikhail Gorbachev will be one of a brave man who helped end the Cold War. Yet in the former USSR few will praise him privately. He is the person who destroyed a nation, a dream and the hopes of millions. He is seen as a sell out. The corrupt gatekeeper who let in savage hordes from America and Britain who ripped apart society for a few dirty bucks. The faltering stability of the Soviet Union destroyed because of a democratic ideology forced upon a group of peoples by undemocratic neoconservatives and well meaning liberals. He is remembered for his inadequate response to Chernobyl, allegedly refusing to halt May Day parades in Kiev (though this has zero documentary record). And in fairness, his greatest crime is handing over to Yeltsin (my opinion).

I remember wondering, watching the breathless, live coverage in Mulhuddart in 1989 – why doesn’t Gorbachev spend more than just a few hours in Ireland? Before him Ronald Reagan had visited Ballyporeen to see his home place. Gorbachev met with Ireland’s own corrupt oligarch ruler Charles Haughey while his wife, Raisa, went off to visit a local school. As an Irish person I felt that it was a bit of a putdown for us to be thrilled for being a mere duty free stopover for a world leader. Ok, so it wasn’t as bad as his successor Boris Yeltsin’s misadventure 5 years later when again we had live coverage of the visit. However, Boris was too blotto to get off the plane in September 1994 and Ireland’s leader Albert Reynolds was left idling on the tarmac.

This morning I asked colleagues what they think of Gorbachev’s passing. To a person, all 7 I asked, refused to speak ill of the dead. Which, given his legacy in Russia, is probably as good as it will get for him. Unfortunately.

For daily articles from Russia follow me at – https://ourmaninrussia.substack.com/

And for the very best sports news and debate, Capital Sports 3.0 – Link here – is live every Sunday night at 8pm Irish time 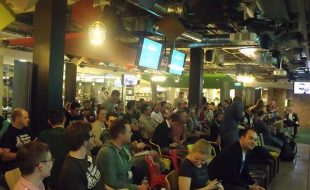 Born in Dublin, now based in Moscow working with NUST MISIS as International Director and Host of Capital Sports 3.0.