Nowadays the Irishman, Peter Edmund Lacy, born in Limerick, is considered one of Russia’s greatest generals.

Political turbulence characterized the second half of 17th century in Irish history. The wars that started in the 1640s in Ulster had devastated the country. At the end of the century, after a long series of defeats, twenty thousand Irish soldiers abandoned the Emerald Isle and joined the French army. From France a band of Irish officers dispersed throughout Europe looking to serve elsewhere. Among them was Peter Edmund Lacy, from the county of Limerick, who was fated to become one of the most famous foreign officers of the Russian army where he became famous as the General Field Marshal Pyotr Petrovich Lassi.

He first came to prominence at the battle of Poltava, when as commander of the Polotsk regiment, he gave valuable advice to Tsar Peter I. He suggested that the Russian troops were opening fire too early on their enemies and should allow the Swedish troops to come much closer before engaging them. This tactic played an important role in the Russian victory.

In 1737 the Russian-Irish general was instructed to take the Crimea. Two previous attempts had been unsuccessful. However Lacy was an astute judge of weather and tides and this allowed him to march his army across previously impenetrably flooded territory to take the Turkish garrison at the fortress of Perekop.

What distinguished Ptyotr Petrovich from his foreign colleagues was that he put the interests of Russia before his own personal interests and, secondly, his sober and pragmatic understanding of political intrigue at the imperial court.

In December 1741 Princess Elizabeth ascended the throne following a palace coup. On that same night, high-ranking officials were awoken and questioned as to their loyalty to the new empress. Many of them, mainly Scottish Jacobites, failed to realise that a coup had taken place and professed their loyalty to Anna Ioannovna.

Lacy was also awoken at three in the morning and asked to declare on whose side he stood. Being perfectly aware that one of the factions had come to power, he cleverly answered: ‘I am on the side of the ruling empress’. Thanks to this astute answer Pyotr Petrovich remained in favour and was eventually promoted to the rank of field marshal of the foreign army corps. He remained in St. Petersburg, while many other foreign soldiers, including some of Lacy’s enemies and rivals, were exiled in Siberia. From the very start Lacy introduced harsh measures in order to put an end to disobedience and conflicts between Russian and foreign officers.

THE GOVERNOR OF LIVONIA

In the course his military service in the Russian army, after his victory against Sweden in 1741, Lacy led the conquest of Finland, which was annexed to the Russian empire. By that time he had already served for 50 years in the Imperial army.

Lacy spent the last years of life in his estates in Livonia, where he was sent as governor. He died in 1751 at the age of 72. According to contemporary documents, as a sign of their “inconsolable grief” Riga’s citizens rang the city’s bells for seven days.

However, Lacy’s ties with Livonia were not broken after his death. Another native of the county Limerick, George Browne, became general governor of this Imperial province after a successful career as a general in the Russian army and his wife, Helen, was the daughter of that illustrious Irishman, Pyotr Petrovich. 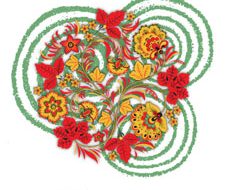