Provisional road collision statistics for 2018 show Ireland continued to improve its road safety performance by recording a 4% drop in road deaths, making it the safest year since road deaths were first recorded in 1959.

Up to 3pm on the 31 December 2018 a total of 149 people lost their lives on Ireland’s roads as a result of 142 fatal crashes, compared to 156 lives lost in 141 fatal crashes in 2017. This represents 7 fewer fatalities or a 4% drop in deaths. The figures were published by the Road Safety Authority (RSA) today Monday 31 December 2018, following an analysis of fatal collision reports by An Garda Síochána.

Commenting on the country’s road safety performance as 2018 draws to a close Mr. Shane Ross, Minister for Transport, Tourism and Sport said; “Although the figures are marginally improved, they are not good enough. Speed continues to kill (130,000 drivers were detected committing speeding offences in 2018). Drink driving persists and unaccompanied learner drivers continue to break the law. Reckless road users cannot be allowed to ruin the lives of innocent others and their families. In 2019 the crusade to improve road safety and save lives will accelerate.”

Ms Liz O’Donnell, Chairperson of the RSA said, “2018 saw the introduction of very important road safety legislation. If motorists comply with these new provisions it will translate into lives saved and injuries prevented. Garda Roads Policing numbers increased in 2018, and there is a commitment from An Garda Síochána to further increase numbers in 2019 to meet original targets.  This will mean that those who don’t comply with these new provsions and other road traffic laws can expect to be detected and face the consequences of their actions.”

Ms. O’Donnell also called for funding to be provided to An Garda Síochána to enable the national roll out of new smartphone and in-vehicle technology, commonly referred to as the Garda Mobility Project, which allows individual gardai check the licence and insurance status of drivers at the roadside. “This technology facilitates the identification of a range of offences at the road side, in particular disqualified drivers, unaccompanied learner drivers and those driving uninsured. The introduction of this mobile technology will revolutionise road traffic policing and needs to be given the highest priority in 2019.”

Assistant Commissioner Dave Sheehan, Garda National Roads Policing Unit, An Garda Síochána said, “I want to take this opportunity to thank the majority of law abiding road users who acted responsibly in 2018 and to the road users who supported Garda initiatives such as our two Slow Down Days plus European Day Without a Road Death (project Edward). Your behaviour has saved lives and I want to acknowledge this. However, despite this there were drivers who refused to get the message and unfortunately learned the hard way. Over 130,000 drivers were detected committing speeding offences; almost 30,000 detected using a mobile while driving; almost 9,000 driving under the influence of an intoxicant; and over 11,000 were detected for seatbelt offences. As garda numbers assigned to Road Policing Units in districts around the country increase in 2019 I can guarantee that people will see a greater garda presence on the roads. Whether there are any detections for traffic offences is entirely up to road users themselves.”

Ms. Moyagh Murdock, Chief Executive, RSA said “I wish to acknowledge the efforts of the road using public in 2018. Your willingness to adopt good road safety habits, and support the introduction of life saving legislation has translated into lives saved. While one death is one too many the reduction in road deaths in 2018 is welcome. However, while deaths did drop, the number of actual fatal collisions was one more than last year. So the real difference between 2018 and 2017 is that in 2018 there were fewer fatal crashes that resulted in multiple fatalities. Of serious concern though is the number of pedestrian deaths that occurred in 2018. There was a 32% increase in pedestrian casualties (41) compared to 2017 (31). Closer examination of 2018 pedestrian casualties reveals that 54% (22) of deaths were of those aged 55 years or older. Pedestrian safety, particularly the safety of older persons, will therefore be a key priority for the RSA in 2019.”

Concluding Ms. Murdock said, “Whilst the behaviour of the majority of road users has changed positively there are still other areas that remain a concern.  These include the high failure rate for NCT, the large number of unaccompanied learner drivers taking to our roads, as well as distracted and impaired driving and in particular drug driving.  We urge all road users to reflect on their behaviours and their responsibilities as road users. With the introduction of the new unaccompanied learner driver legislation, often referred to as the ‘Clancy Amendment’ we have taken on an additional 67 driver testers to deal with the increased demand for driving tests and to reduce the national average waiting time for a test to 10 weeks.” 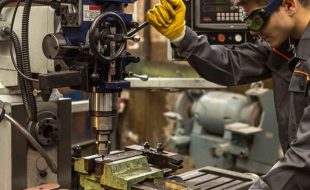 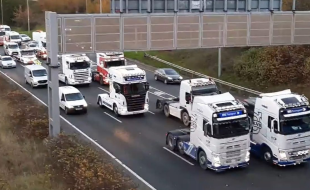 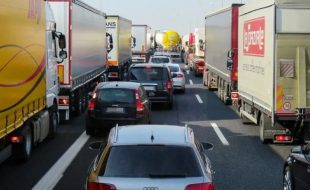 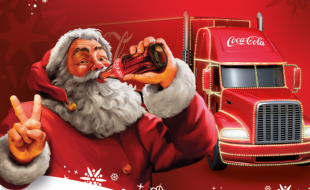 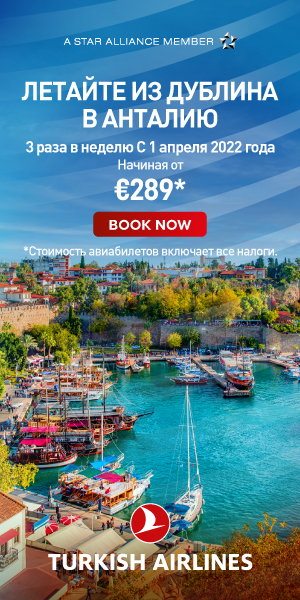