It has been called “the summer of inflatables” by rescue service personnel, there have been many emergency calls to adults and children using what have been described by many as “floating killers”. Tragically we have also lost one child to them this year. These toys include look alike dinghies, canoes, kayaks, lilo’s, rings, sharks, seals, birds and other assorted fish and cetaceans, they come under the European Directive 2009/48/EC. These toys are orally inflated as opposed to rigid inflatables which require pumping up to 10 to 15 psi and they come under the European Recreational Craft Directive 94/25/EC.

These toys are commonly used on the continent both in lakes, on the Mediterranean and on the Baltic. Continental weather during the summer months brings normally light or no winds or onshore sea breezes at the beach and these are more predictable than our winds. So, they have comparatively fewer incidents with these floating toys, as they are blown ashore and not out to sea. 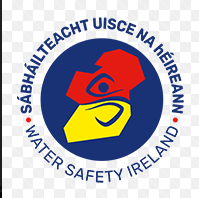 Conversely in Ireland we experience a Temperate Climate and have strong and changeable winds throughout most of the summer, which means these toys are blown offshore.
It is unfair on the rescue services to have to have to respond to these avoidable incidents.
As we draw close to the end of the official bathing season on the 15th September, there will be parents putting away their summer items & equipment into storage for the winter ahead. Water Safety Ireland are asking members of the public who have these inflatable toys to consider disposing of them for good and remove them from their household and not purchase them again next season. If they don’t, then only use them on the continent as they very dangerous when used in our waters and cause many call outs to the Rescue Services.
If you see somebody in trouble in the water or along the coast use VHF Ch 16 or Dial 112 and ask for the Coast Guard
Post Views: 1,001