Russian club Kosa was founded in 2008 as an airsoft club (a command-military sports game similar to paintball, in which participants use air guns, shooting plastic balls).

But after years of its existence it has expanded its range of activities and became a full-fledged sports club that offers its members a range of leisure pursuits. Now members of Kosa may take part in four disciplines – Airsoft, diving, shooting at flying targets, as well as sports holidays. At the moment the club, which is the champion of Irish Airsoft, has about 100 members and is the largest Russian-language sports association in the country.

The club has diving instructors who can teach beginners and know many interesting places to dive. “We dive to different depths,” says one of the founders of “Kosa” Igor Dolgov, “For example, recently our guys, who already have experience in diving, dived to a German submarine from the Second World War, sunken off the coast of Galway. Our instructors are professionally engaged in diving. They have all the necessary equipment and certifications. “

Classes on shooting at flying targets (plates) are also conducted by an experienced instructor who is also a member of the club Kosa. The group meets at the Infantry based in Courtlough, Balbriggan, co Dublin, which is a 15 minute drive from Ashbourne (Co. Meath), where Kosa’s airsoft range is located.

Kosa’s active tourism started its operations recently, but it is evolving rapidly. Kosa does not forget its origins: airsoft. Every Sunday, club members gather at the site near Ashbourne, to compete in this team game for tough guys. Many members of Kosa were in the past soldiers and officers of the Russian and Soviet army. Therefore, they play very seriously as if it were the real deal in terms of combat engagement. For example, Kosa was the first club in Ireland to introduce full radio signaling for all team members. To catch the enemy off guard, ‘Kosars’ can bypass any obstacle.
In 2009 the club took part in the tournament for the Take Aim Cup. Defeating all the teams from Ireland and Northern Ireland, who participated in the competition, Kosa took the top prize. In subsequent years, the Russian-speaking club successfully held on to the trophy.

Igor Dolgov said that the club is always happy for new members. Now, according to him, Kosa is represented by 15 different nationalities. All these people talk in Russian and were born in Eastern Europe. Kosa is not exclusively a men’s club. Indeed, the club has a women’s team, “The Furies!”. Some ladies in the club also like to dive, and whole families go on Kosa tours.
The club’s website is www.airsofkosa.org
Viktor Posudnevsky
Клуб “Коса”
Back 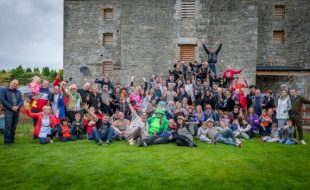 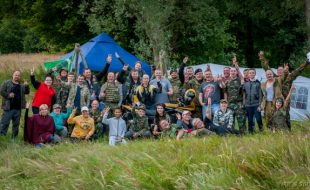 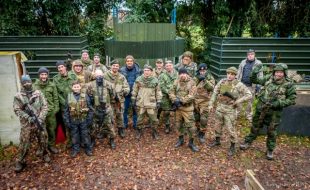