The Central Statistics Office (CSO) today (Tuesday 18th September) publishes a report based on Census 2016 results, “Non-Irish Nationalities Living in Ireland” which focuses on the top ten non-Irish nationalities by population size.
In April 2016, there were 535,475 non-Irish nationals living in Ireland. This was a decrease of 1.6% on the 2011 census figure of 544,357 people. Ten nationalities accounted for 70% of the total figure. Polish nationals (122,515 people) made up the largest group while German nationals (11,531 people) were the smallest of the ten groups profiled.
Commenting on the report, Cormac Halpin, Senior Statistician said “One of the many benefits of census data is the information it gives us on the individual groups that make up Irelands population. This report details the top ten largest non-Irish national populations living in Ireland and looks at the characteristics of each covering topics such as where they live, age profile, education, language ability, housing, general health, work and occupations”.
Today’s full report is available on the CSO website at www.cso.ie/en/census/
Highlights from Non-Irish Nationalities Living in Ireland
Increases and decreases
The number of UK, Polish, Lithuanian and Latvian nationals fell between 2011 and 2016. The largest increases were in the Spanish, Romanian and Brazilian populations. The Spanish population increased by 78% from 6,794 to 12,112 people between 2011 and 2016. This was the biggest percentage increase of the nationalities profiled. Romanian nationals increased by 69% from 17,304 to 29,186 people during the same period and represented the largest increase in population size.
Where people lived
The four nationalities with the highest concentration of their populations living in Dublin city and suburbs were Brazilians at 64%, Romanians and Italians each at 58% and Spanish nationals at 52%. In city living overall, 72% of Brazilians and Italians lived in cities and suburbs while 50% of UK nationals lived in rural Ireland including rural towns.
Age Profile
Of the ten nationalities in the report, the Brazilian population was the youngest with an average age of 29.9 years compared with the State figure of 37.3 years. Romanian nationals were the second youngest at 30.5 years. The two oldest populations by average age were UK nationals (46.7 years) and Germans (40.5 years).
Education and Language
French nationals had the highest proportion (2,854) of post graduate degrees among the top ten populations profiled, aged 15 and over. Polish nationals had the largest number of people (8,736) with post graduate degrees. 70% of Germans,aged 4 years and over, indicated that they spoke English very well, the highest proportion of the nine non native English speaking nationalities profiled.

Marital Status
Latvians (15%), Lithuanians (13%) and UK (11%) nationals had the highest separated/divorced rates compared with the State (6%). Most likely to be single were Spanish, Brazilian, Italian and French nationals reflecting the relatively young age profiles of these populations. 39,733 or 41% of UK nationals (aged 15 and over) had a partner who was an Irish national. Of the Polish, Lithuanian and Romanian nationals, only 4% had Irish partners.
Workforce and Occupations
UK nationals had the lowest labour force participation rate (59.7%) largely due to a high (19%) proportion of retired people. Each of the other nine nationalities had a higher labour force participation rate that the State figure of (61%). A quarter of all metal workers and male bakers and flour confectioners in the State were Polish. 18% of the Spanish population at work (1,459 persons) worked in the information and communication industry as did 20% (1,615) of French nationals.
Housing and General Health
Renting was more common than home ownership for all but one of the nationalities profiled. The exception was UK nationals with 62% of households headed by a British national owning their own home. Romanian, Lithuanian and Latvian nationals were more likely to indicate that they had fair to good health rather than
very good health. All other nationalities profiled and the population of the state were more likely to indicate that they had very good health. 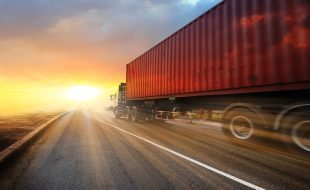