“Le Pastis” is a remarkable newly opened French bistro in the heart of Blackrock village in the South of Dublin whose namesake is the French “Pastis” anise aperitif, that traditionally breaks the ice between dining guests and brings them closer together.

Le Pastis specialises in modern European cuisine complemented by contemporary French dishes, prepared using only fresh, organic, and free range ingredients from local suppliers where available. The interior of Le Pastis is modern, yet has a vintage classical air.

The French bistro serves a rich array of dishes at a reasonable price. Connoisseurs of the cuisine are offered a variety of menu options, from affordable lunches and brunches, to inexpensive deals for early birds. Lunch options include a traditional onion soup for €5 and Boeuf Bourguignon for €10.95, the Early Bird menu offers a two course meal for €19.50 and a three course meal for €23.00, and an extensive “a la carte” menu is available for the refined foodie. Only at Le Pastis can one experience frog legs as a starter, and sorbet, honouring a French tradition to serve as a cold snack rather than a dessert. It is said that this combination allows you to fully appreciate the taste of the main dish. The menu boasts French oysters and a large selection of seafood, as well as grill-cooked steaks and meat that will not leave even the most debonair customer indifferent. 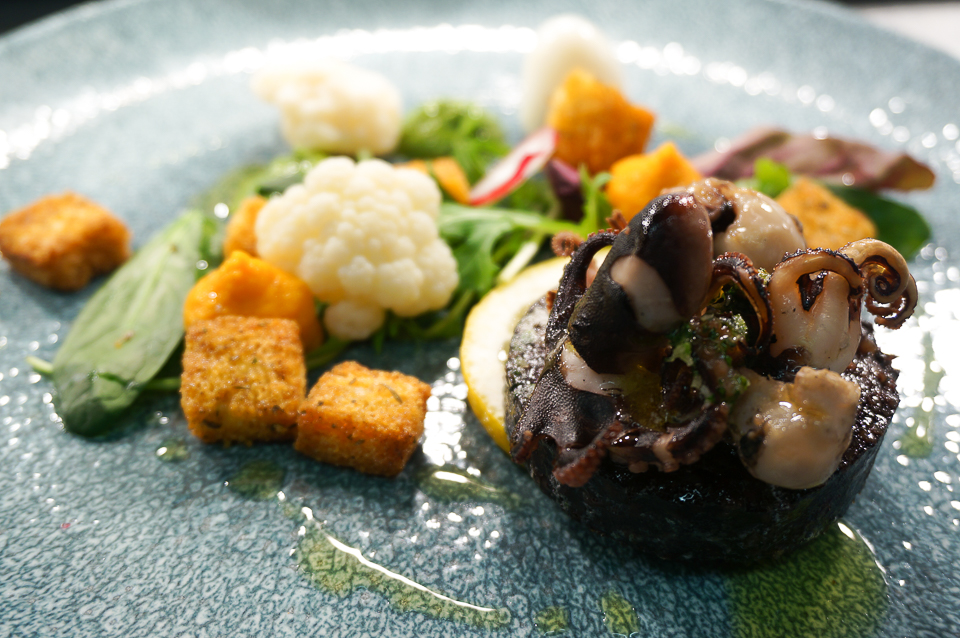 As expected, every dish, garnish and sauce looks like a real piece of culinary art. The Boeuf Bourguignon is one of the most popular dishes at Le Pastis. Because of the need for additional processing and the duration of cooking, the preference of the French upper class was given to the more “noble” parts of the carcass. The peasants however did not have much choice, and only cheap and rough pieces were available to them. To tenderise the meat, the poor stewed the meat for a long time in wine, which was in abundance in their homes. After this prolonged temperature treatment, the collagen of the connective tissue contained in significant amounts in such a piece was converted into gelatin, and even the toughest cut acquired a tender structure, and the wine turned into a thick, fragrant sauce. This was the birth of a peasant dish, which later became a classic of French cuisine, which we now know as Beef Bourguignon. 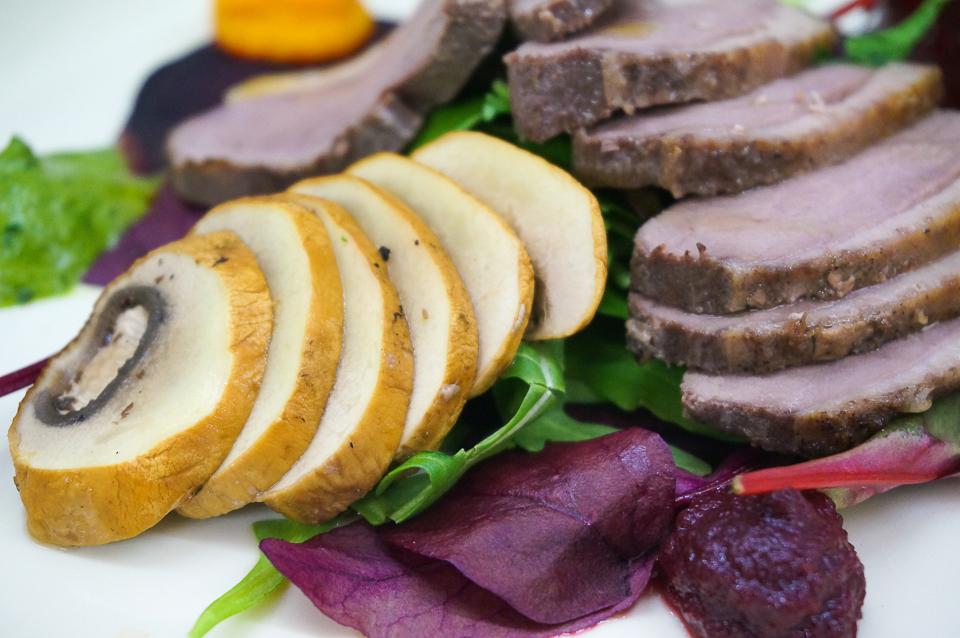 Local chefs found the idea of stewing tough meat in wine interesting, and over time the culinary creativity of the masses turned out to be among the dishes that are considered the pride of national cuisine. Despite such a long history, the Boeuf Bourguignon dish acquired international fame only relatively recently. For a long time only those who knew the French cuisine, and the French themselves were familiar with the dish. Everything changed when Julia Child shared her own culinary talent through the TV screens. She enlightened American housewives about the French gastronomy, and thanks to her laudatory ode to stewed beef slices in a thick wine sauce, the whole world discovered the French meat stew as well. 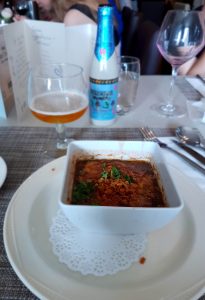 The dessert menu contains a varied selection of ice cream, chocolate cake and meringue, which the Irish named “Pavlova” in honour of the great Russian ballerina.

Le Pastis is an ideal venue to organize events such as an anniversaries or corporate meals. The restaurant has a separate banquet hall, where up to 70 guests can sit comfortably, without inconvenience from other visitors.

The founders of the restaurant are Nick and Irma Spelman from Finland. Chef Nick worked in Ireland before the opening of his French restaurant in Helsinki in 2012, and subsequently returning to Dublin for his current venture. He was recognized as the best chef at culinary competitions in 2005, 2007 and 2009 in the category of “cooking dishes from wild game”. 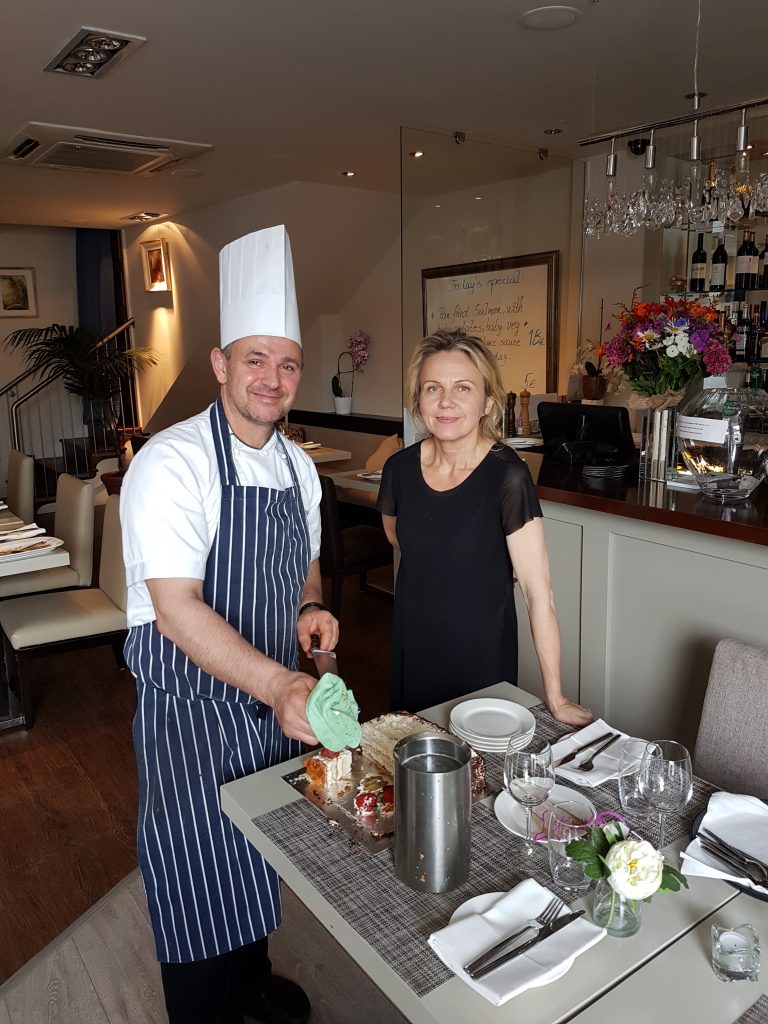 Irma speaks perfect Russian and English so language barriers are not expected.

Lunch opening hours are Friday and Saturday from 12pm to 3pm

Early Bird is Tuesday to Saturday from 5.30pm to 7pm

Friday and Saturday 5.30pm til late

On Sunday, the restaurant is open upon request only

On Monday the restaurant is closed