The group “Loyko” is still spoken of in the former Soviet Union, Europe and America. One of its founders was Oleg Ponomarev – the legendary violinist performing Gypsy music. For many years he has been living in Europe, roaming across different countries such as Germany, Britain, Switzerland and Belgium, but he has always returned to Ireland, which his heart is closest to.

It’s not surprising that Oleg travels from country to country. A gypsy is, of course, a descendant of an ancient clan (Oleg is the son of famous singer Valentina Ponomareva). However, his mode of transport is not a wagon pulled by a horse, but a motorcycle. On the roads, Oleg races at breakneck speed, stopping along the way in different cities for concerts. And his gypsy violin playing can also be described as “fast”. Ponomarev plays ripping the soul with his bow, causing blood to boil in the veins.

“The violin is generally ‘on the nerve’, as well as riding a motorcycle when it is important to be extremely organized and very concentrated. I love speed. Without a motorcycle, or the violin, my life is meaningless.

“My family also roams around the world and not only Europe. One of my sisters lives in Paris, the second lives in Los Angeles. My brothers live in Oslo. My mother recently told me of her moving to somewhere in India. I’ve spent the last two years in Scotland, in England before that and even earlier – in Germany and the USA. And as for Ireland, you know, I got here thanks to Boris Grebenshchikov! He told me about Irish music. He said that Ireland is the spiritual home of rock music. He put on a tape of Bothy Band. And in my mind the whole world was turned upside down! And that’s all because BG was right!”

A month later I arrived in Ireland and was plunged into a whole new world of music. But I do not consider myself an immigrant, because I did not move here permanently. I’m just roaming across different countries but often going back to Ireland.

“‘Chornaya Mama’ was the first group of street musicians in the early 1980s. We performed everywhere with them, BG, ‘Stranniye Igri’, ‘Kino’ and ‘Stalker’. We often went hitchhiking around the Soviet Union. I recall many years later that time thinking ‘I will never find people who have that great an interest in music in my life’. But here, on the island, I met with the musicians and it was as if transported back in time thirty years! Here people are playing for the music, not money.”

Oleg Ponomarev is known as the composer who wrote music for rockers, as well as symphony orchestras.

“There was no one that I didn’t write for! I now play in nine groups, and write music for all of them, because I do not like playing other people’s music. Perhaps it’s because I play using only three fingers. Last year we created an interesting project. A group called “Koshka”, and we play Gypsy music with the Scottish Symphony Orchestra! I wrote a whole schedule for this: for two years worked on an hour and a half concert. This was the closing act for the successful Celtic Connections festival. And now I want to get it onto the island so that gypsy music can be performed by the Irish National Symphony Orchestra. I don’t think anyone here has heard anything like it!” 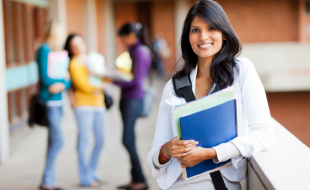 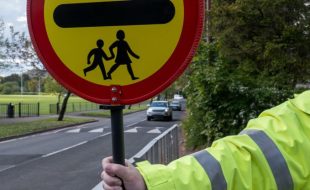