Taekwondo – “Path of Fist and Foot”

Taekwondo is a Korean Martial art.

If we go back further, Taekwondo has a wealth of history dating back to cave drawings in a martial art discipline called Taekkyon.

Before the word Taekwondo was commonly used, there were Kwans or schools. The first of those schools was founded by GrandMaster Byung Juck Ro on the 20th of March in 1944. This school was called Song Moo Kwan and within a year, a second Kwan opened called ChungDoKwan. The birth of Taekwondo happened when Korea was a colony of Japan. The colonial regime was expressed, in particular, in the deliberate suppression of national elements in all areas of culture, including martial arts. Japan took Korean men under the age of 60 for their needs, which forced the indigenous population to hide. Sports training ceased to be a priority and was replaced by the goal of survival. The liberation of Korea after World War II was the end of the ban on martial arts. The first Korean masters began to return to Seoul and teach their own systems – kwan. Among those masters there was Master Byung Jick Ro who founded Song Moo Kwan, which means “Green Wave”. 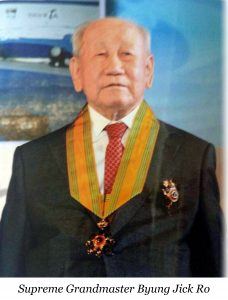 Byung Jick Ro was born on July 3, 1919 in Kaesung City, Korea. Frail health forced him to enter school a year later than the other children. At the age of 12, the boy became interested in ancient martial arts and began to train with diligent dedication in local temples. This subsequently helped to strengthen and improve his health. It is an interesting fact that Ro received his first black belt in karate in Japan, where he went to study at college. And upon returning to his homeland in February 1944, he continued to create additional hand and foot techniques of his own. The combination of these techniques together with those that he learned during the first years of study, we know today as Modern Taekwondo. In 1950 due to the outbreak of the Korean War, all kwans were again forced to close their doors. Since that time, the original name of martial art has changed from Dang Soo Do to Kong Soo Do or Soo Bak, Kwun Bup to Tae Soo Do and finally to today’s Taekwondo. On April 11, 1955, Taekwondo was finally recognized worldwide as the name of Korean martial arts. Taekwondo pioneer, Supreme Grand Master Byung Jick Ro was the highest ranking Black Belt Taekwondo in the world. In 2015, Master Jick Ro passed away in his then home in the USA. His son, the Supreme Grand Master Hee Sang Ro, endeavoured to honour his father’s legacy and teach his father’s special techniques in Taekwondo, as well as Hapkido, Kumdo, Kung Fu and Master Kigong. The 2nd generation international master instructor continues to support the rich traditions and philosophy of Song Moo Kwan Taekwondo. 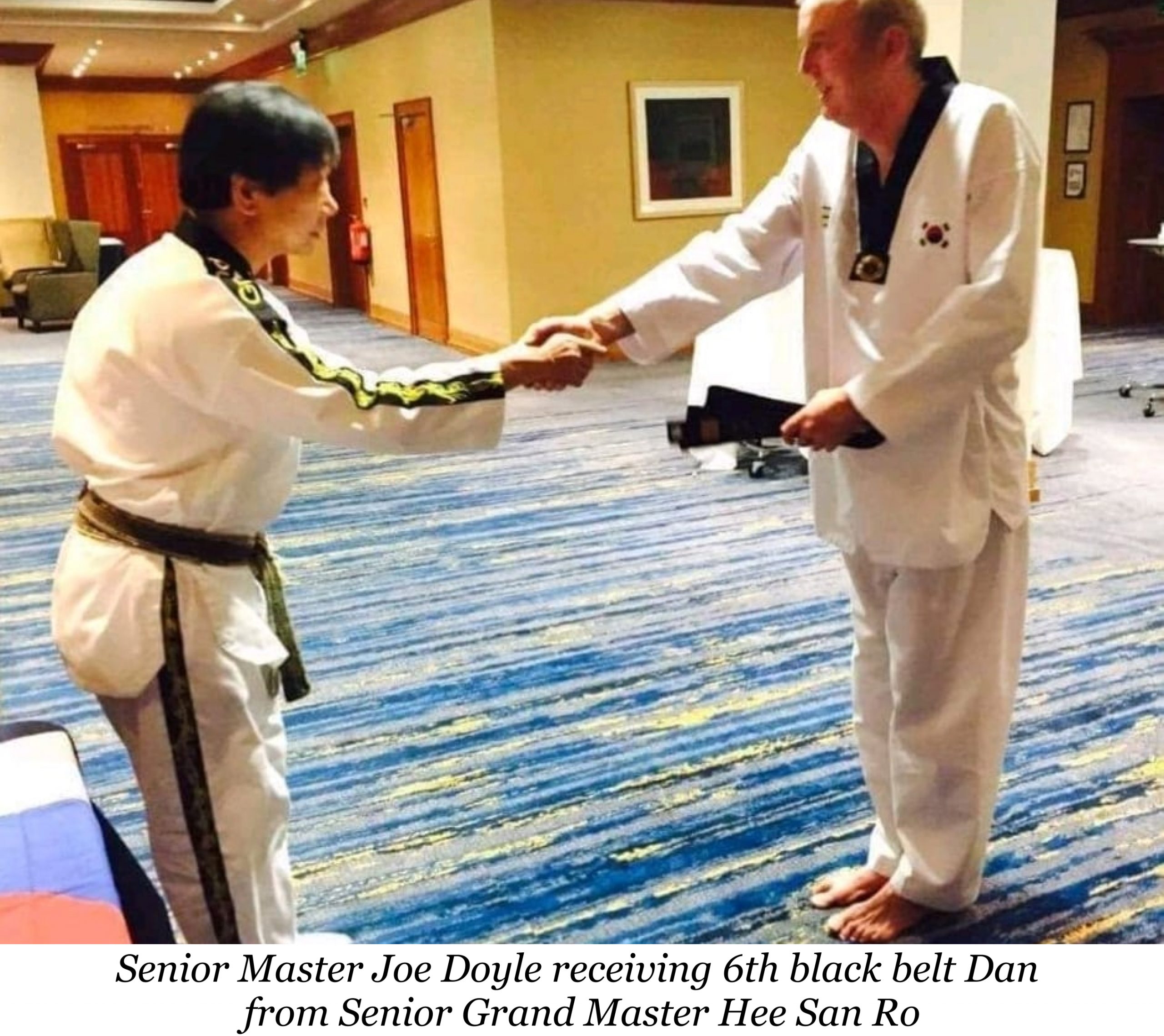 Senior Master Joe teaches Olympic and traditional Taekwondo styles. He opened his first club in Finglas in 1992 and today it’s one of the largest schools of Taekwondo for children and adults of different nationalities, religions, ages from 6 years of age. Master Joe’s Taekwondo schools teach children in Ashbourne, Ongar, Ratoath and Tyrrelstown. Additional online classes give the opportunity to practice in any place convenient for you. Master Joe invites you to train with him, where you will learn the system of spiritual training and self-defense, spectacular kicking techniques from the world’s first Taekwondo schools in a friendly and safe environment, following the 5 main principles of Song Moo Kwan: 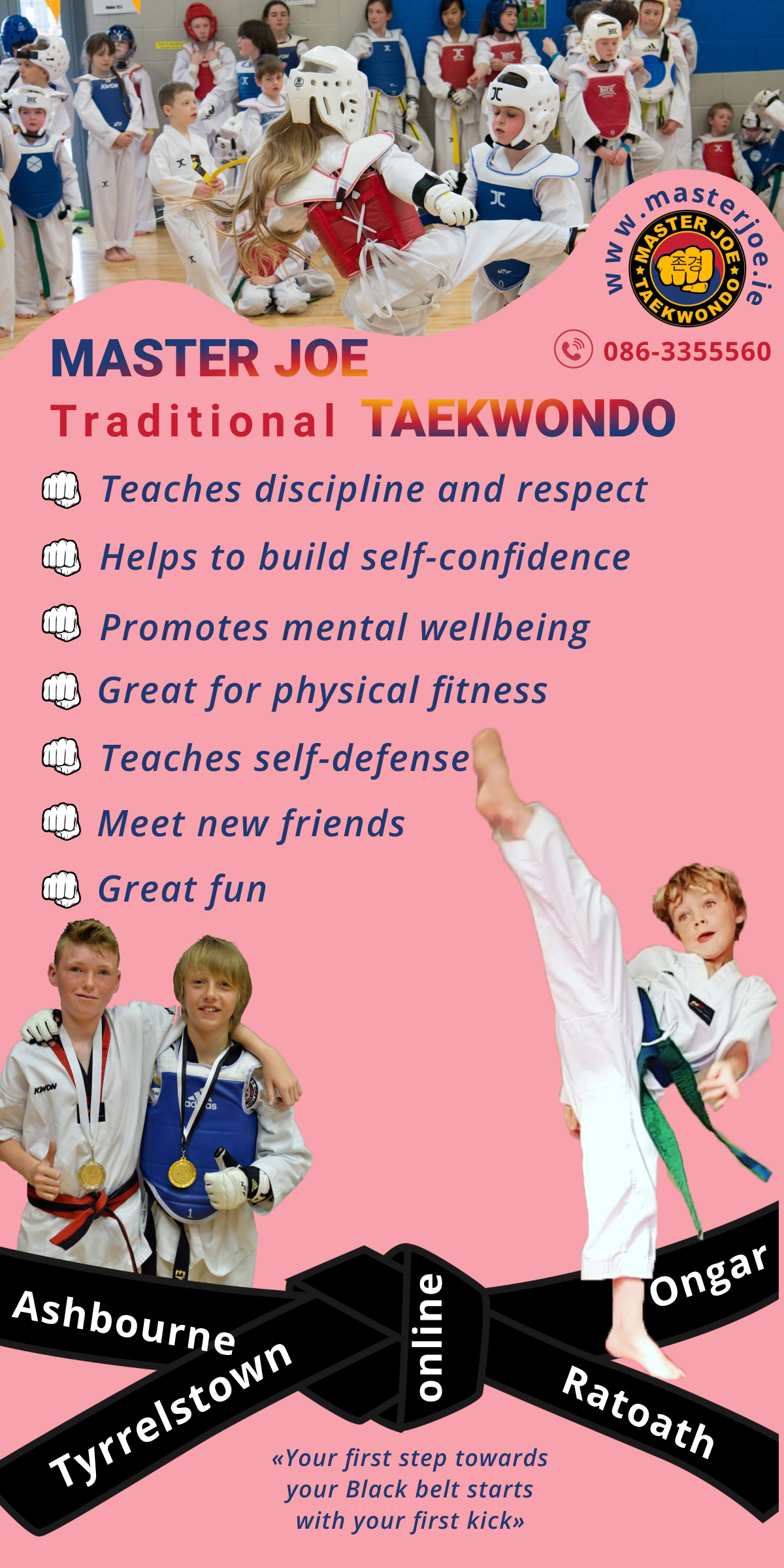 Please join and discover a new fantastic path of life. 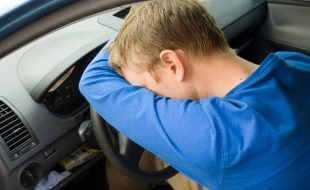 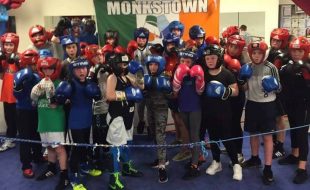