While Rugby and Soccer are popular team sports in Ireland, when Summer arrives the unique Irish sports of Gaelic Football and Hurling take centre stage. 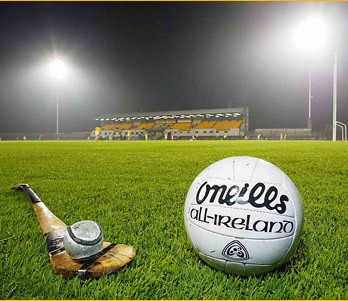 The Gaelic Athletic Association (GAA) was founded on November 1st 1884 at a meeting in Thurles, Co. Tipperary. Within six months of that famous first meeting, GAA clubs began to spring up all over Ireland and people started to play the games of Hurling and Gaelic Football throughout the entire 32 counties of Ireland. There are now thousands of GAA clubs in every city, town, village and parish in Ireland. In many rural areas the local GAA club is the beating heart of the local community.

The main events of the GAA calendar are the Summer Football and Hurling Championships. Dublin have been dominant in Gaelic Football in recent years and this year sees them going for five in a row in the Championship, a feat never before completed by any team. Many other counties have complained that Dublin have several advantages of population, funding and having Croke Park often as their home ground. Some GAA experts say that this current Dublin domination will pass in time and point to Dublin’s ongoing problems with their hurling team as evidence that money and population do not always guarantee success. 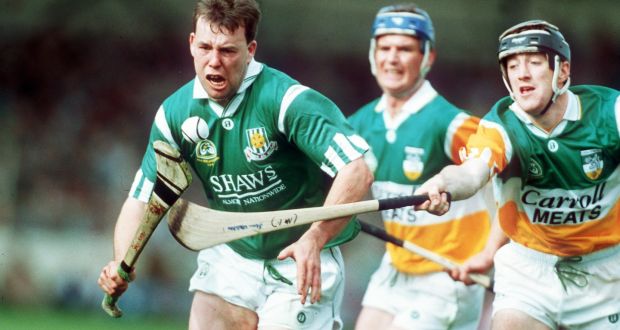 The Hurling Championships in recent years have been more open, after a period of dominance by Kilkenny in the early years of this millennium.  Galway (2017) and Limerick (2018) both had Championship wins after barren years.

Many of Ireland new immigrant communities have started playing these sports and a team from Russia will play at the GAA World Games next month in Waterford.

The Renault GAA World Games will take place in Waterford and is the 3rd edition of an actual World Championship for the Gaelic Games of Football, Hurling and Camogie.  Almost 90 teams have qualified from around the World, the largest contingent coming from Europe.  And most importantly, history is being made as making their debut in the Native Ladies Gaelic Football competition is Team Russia. 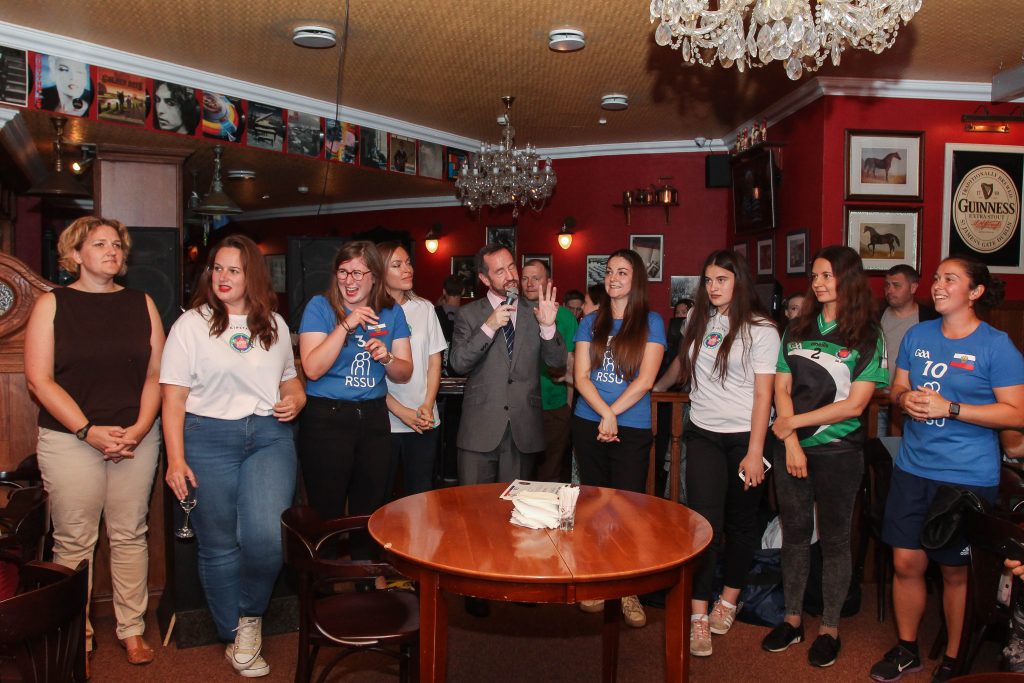 Team Russia is largely made up of players who play their football for the Moscow Shamrocks GAA Club, which was established in 2014 and began playing in Continental competition in 2017.  Just how did a team of 4 British and 8 Russians make it to the World Games?

“Last Summer the conversation began with Pat Daly (GAA’s Head of Games Development) in Croke Park and in February this year our place was confirmed.  We are very thankful to Pat and Gaelic Games Europe for this opportunity as it has given the Shamrocks and Gaelic Games in Russia a real boost.” 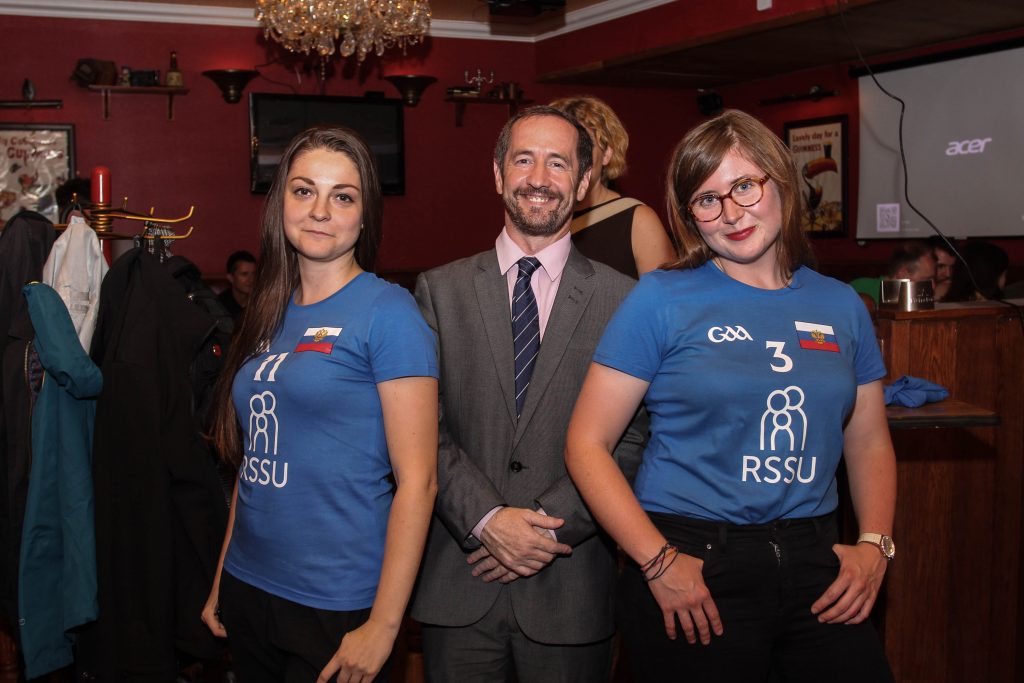 The 4 British players (2 of whom have Irish roots) are all long term residents of Moscow and teach at the International School of Moscow (ISM), plus 1 student of the School also made the cut.  Of the Russian contingent, 3 lecture at the Russian State Social University College and 1 student who studies there.  Of the other Russians, 1 is a Media Sales Director, another an IT Specialist and the 8th Russian is a Sound Engineer.  So very much the profile of a typical GAA team.

Of the 17 teams entered in their section, Team Russia are ranked 17th and drawn in what everyone is calling the Group of Death, Group A. 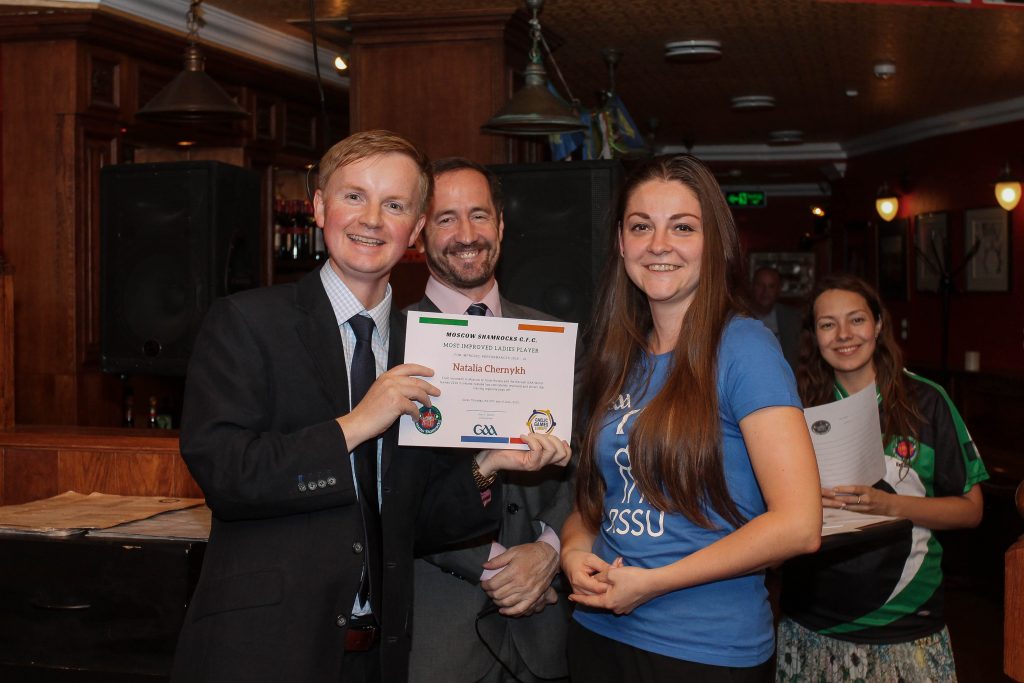 “We have Iberia and Europe Hawks, numbers 2 and 3 in Europe, Empire State and Eastern Canada, numbers 1 and 4 in North America, and Australasia who have professional Australian Rules players and are 2nd favourites to win the whole competition.  Nobody gives us a chance to win a game, just like Russia last year at the World Cup,” stated Anastasia Baranova who is a Moscow-born Sound Engineer.

The squad report for duty in Dublin on July 25th and will train for 3 days at St. Brigids GAA club on the Navan Road, playing the St. Brigid’s Ladies at 7.30pm on the 26th, before departing for Waterford on the 28th and beginning play on the 29th.

“I’ve been involved in many big projects, from Olympic Games to World Cup, yet now I am on the other side as a competitor.  I love sports and fitness, Gaelic Football was alien to me, once, now, I dream of it.  I love it,” told Media Sales Director Anna Borisova, a native of Snezhinsk.

2 of the 3 founding members of the Moscow Shamrocks will be in Dublin to assist in preparations – Mark Barton and Tom English – and former Shamrocks Ladies Captain, Aisling Kinsella, is returning from Bahrain to assist Alan Moore on the sideline.

“I couldn’t miss this.  The years I spent playing and coaching in Moscow were amazing, we got to travel with the team and saw the club develop and grow.  Now, players I coached and played with are representing Russia at the World Games, when Alan called, I could only say Yes!,” Aisling was voted top Ladies Player in European competition in 2017.

Team Russia have received good support in Russia and Ireland despite being very heavy underdogs.

“Our partners, RSSU and Capital FM, have given us facilities and media time, we also have 2K Sports providing us with travel gear and of course St. Brigids GAA club and their community who are just brilliant.  From more than 20 players we are bringing the 12 most dedicated an capable with us, however we are very much outsiders even to win a game, on paper, but we all know Gaelic Football is not played on paper,” said Moore.

However this won’t be the first time a team of Russians have played Gaelic Sports.

An international hurling match of some sort took place in London in 1814 between a team of Irishmen and what were believed to have been a group of Russians.

The report from the Limerick Gazette claims that the match was organised by members of the Irish nobility (who were known to finance matches around that time) and “Russian officers of distinction”. Both groups, on meeting in London, would have been on friendly terms given that they were allied in the fight against Napoleon.

It’s likely that the game bore a slight resemblance to modern hurling, but with marked differences such as the number of players and the 18-ounce (510 g) ball, which would have kept play firmly on the deck. It’s also worth noting that the teams were distinguished by their headdress, as the idea of wearing distinctive shirts was some years away. The fact that “Ireland’s” opponents were wearing bearskin caps would add some credence to the claim that they were indeed Russians!

The location of the game, Kennington Common, is also interesting in that it was the site of one of the oldest cricket grounds in London. The modern Oval ground stands on a part of the old Common, so it’s possible that the ground that hosted the first England v. Ireland rugby match in 1875 also hosted the country’s first ‘international’ in any ball game.

As sceptical as the Limerick Gazette is as to the true nationality of the ‘Russian’ team, it’s likely that many Russian soldiers would have been familiar with bandy, which is quite similar to ice hockey and would have easily transferable skills to 19th century hurling.

‘Hurling match – Monday a grand match on hurling was played on Kennington Common, between 21 Irishmen, and 21 (said to be) Russians. The Irish were distinguished by read caps; the Russians, by rough bear-skin caps. The hook was placed on both ends of the common, and the ball weighed 18 ounces.

The match, according to report, was made by the Irish nobility, and several Russian officers of distinction. A vast number of spectators attended, and the play on the whole was remarkable for skill and activity, –

Hurling is a game little known in England, but of ancient origin. It was long in use among the Celtic nations

On this occasion the Russians, if they really were Russians, had the advantage.’

So with all this Russian interest in the GAA,  its really only a matter of time before someone named Yuri or Svetlana holds the Sam Maguire trophy or the O’Duffy Cup over their heads to the cheers of thousands of their fellow county men and women!!